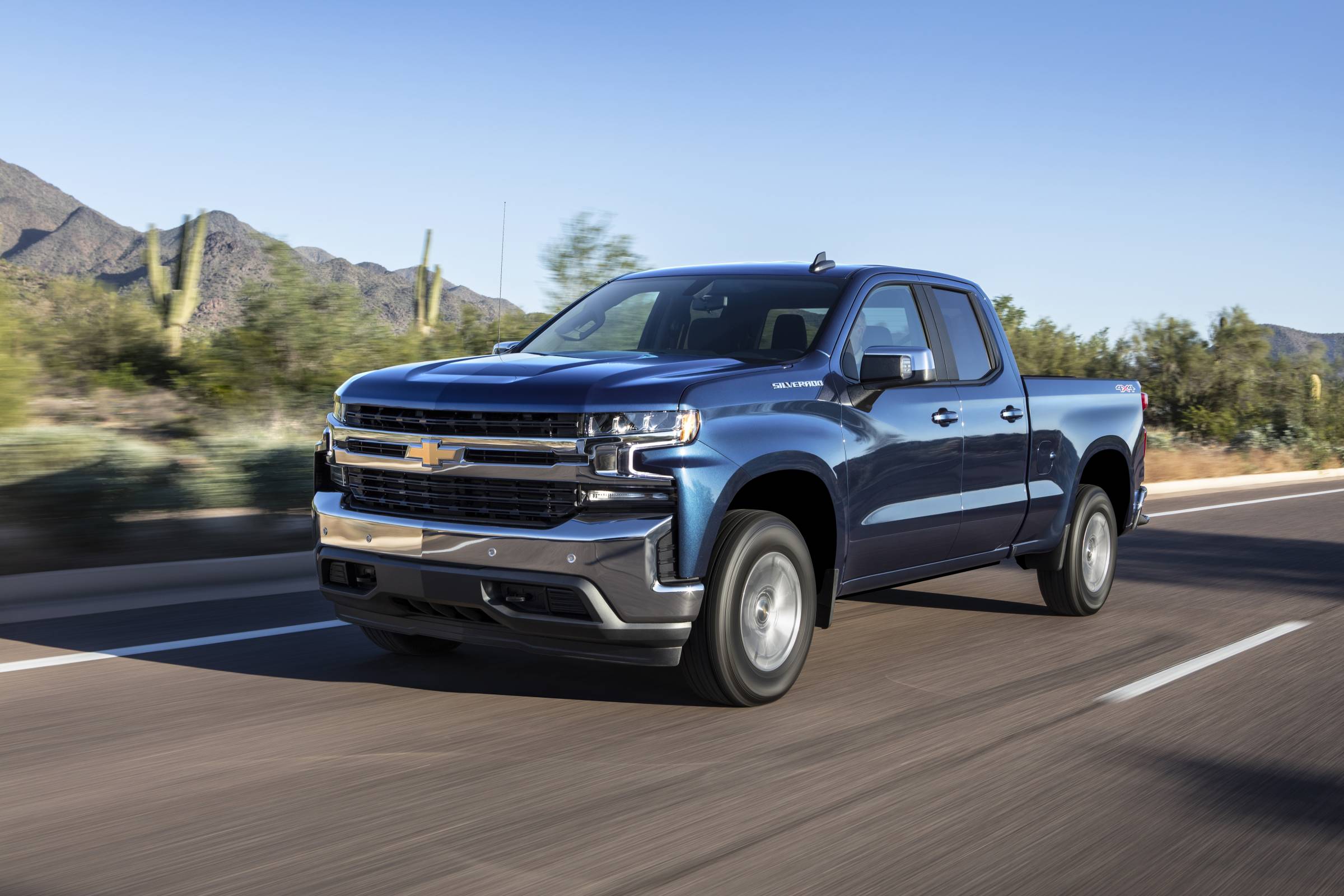 The Most Important Features In A Truck

Trucks are part of a lot of people’s lives and play a huge role in them, trucks can be used to tow large payloads and or other cars, without the need for big rigs which can be very expensive and difficult to maintain.

As newer trucks have released over the years, they have changed a lot, including new features that were once regarded as gimmicks, have now become essential for Trucks and their drivers, if you are in the market for a truck, make sure you have these features in them. 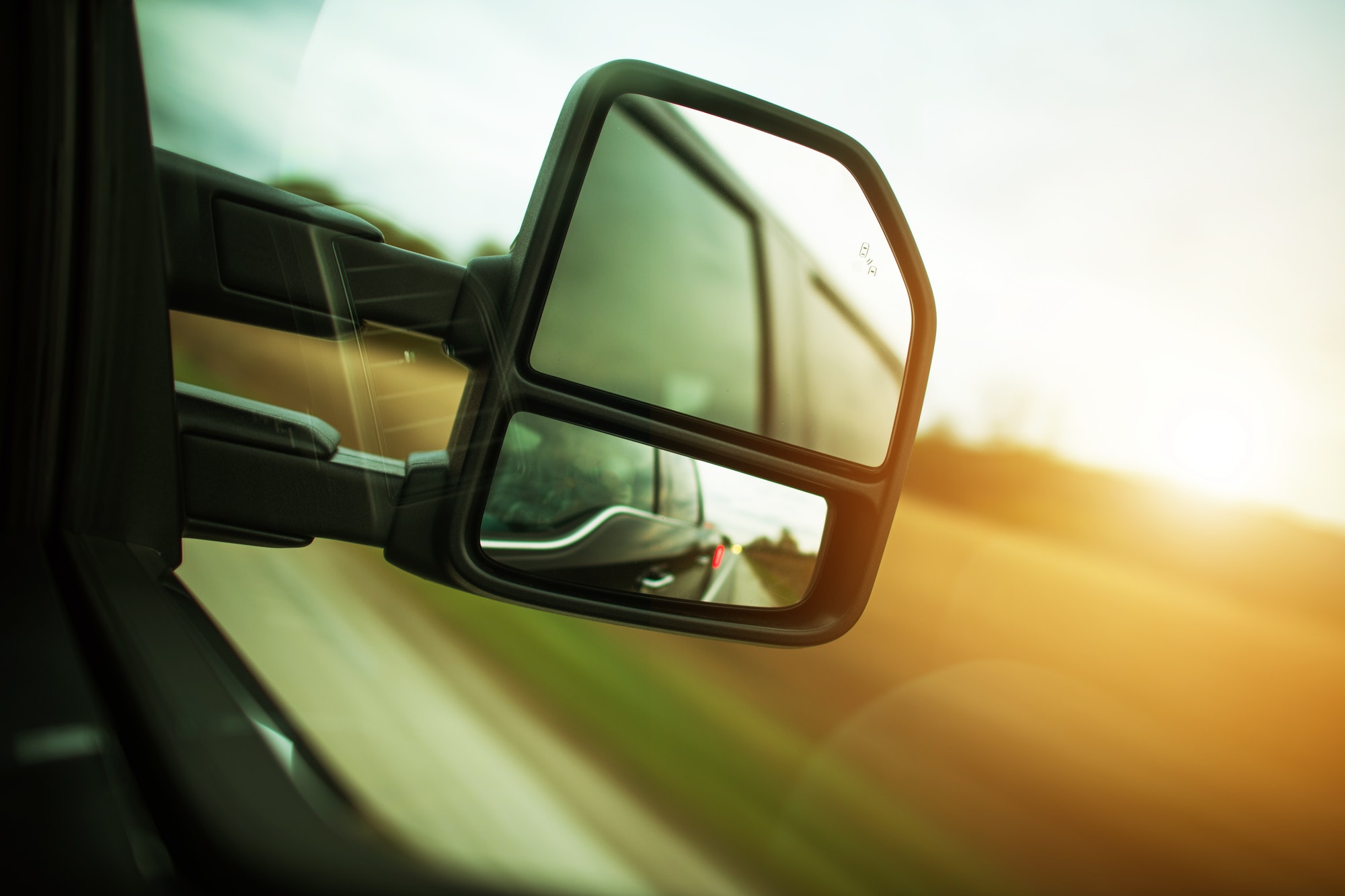 You might be familiar with the blind-spot monitoring systems in many of the newer cars these days, it does what the title suggests, it detects vehicles in the lanes adjacent to you and gives you a visual and audible warning about the presence of any car in those lanes, without this system, you could’ve crashed with a vehicle when trying to merge as blind spots can obstruct the view of the car in the adjacent lanes.

Now Ford and Ram have the same system but with trailer coverage, meaning that the trailer that you are towing with your truck will also be monitored by the system so you can make lane changes with ease, it works using the sensors located on the rear taillights and it can be configured using the UI on the instrument cluster.

Towing a trailer is pretty easy until you run into inclement weather and gale force winds which can make the trailer sway from side to side and make driving potentially dangerous, which is where this feature comes into play when excessive swaying is detected. 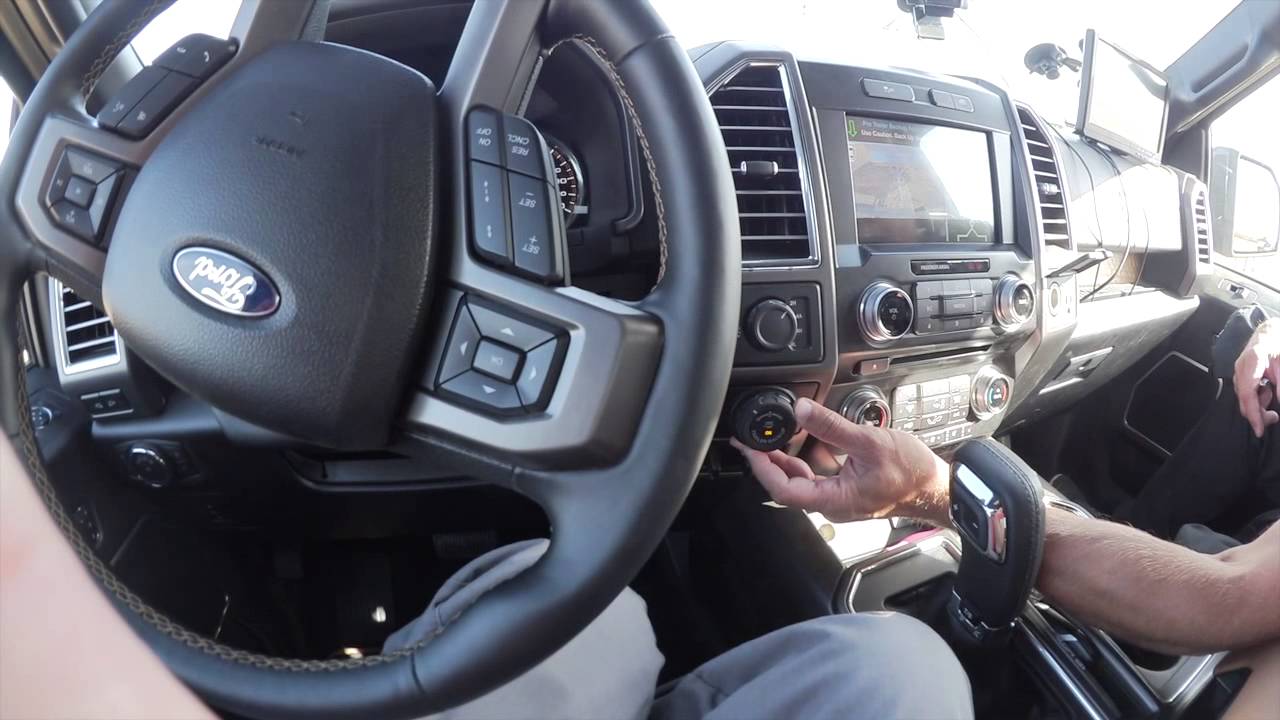 The trailer backup assistant was a gamechanger for many trucks when released in 2016 by ford. Dubbed as the Pro Trailer Backup Assist (PTBA), the system utilized a knob on the dashboard, which works in harmony with the backup cameras and your mirrors.

Just turn the system on and turn the knob left or right, depending on which direction you want to go in, and the truck will steer depending on your inputs, without you having to counter-steer in the opposite direction, which is a challenge for many while backing up into a spot. 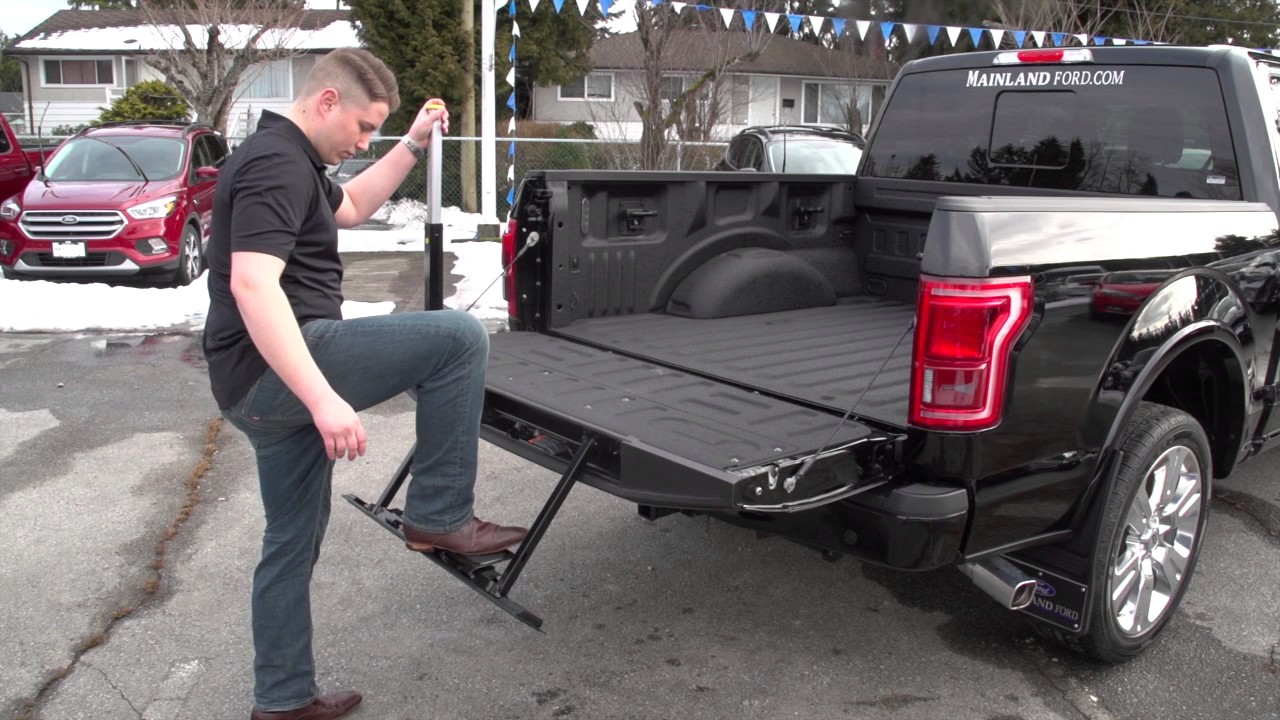 A truck tailgate can be very high off the ground which can make it very difficult for a person to climb onto the bed of the truck, to load or offload cargo from the bed. What makes it easy is the integration of a step into the tailgate, which can help you climb onto the bed with ease and then can be stowed away when not needed.

Ford was the first to integrate this feature into their trucks way back in 2009 and was updated with more parts for the Step in 2015, it was named the StepGate. GM followed suit by including the feature in their trucks in 2014 and was updated in 2019 to not only function as a step but to also act as a bed extender to give more room. 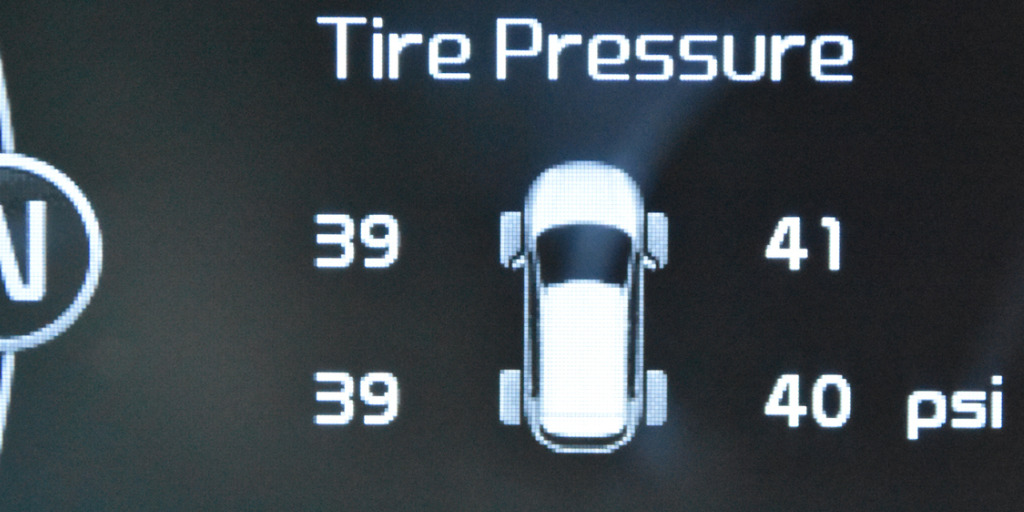 Tire Pressure Monitoring Systems or TPMS is a nifty feature that monitors the tire pressure levels in your tires using sensors that are integrated into the tire stems, work on radio signals and Interact with the cars ECU using them, it warns you when they are too low on pressure or too high, it saves you the time of having to manually check each tire.

What is new about this system is that it can monitor the tire pressure for your trailer too, meaning that you can stay safe on the road and reduce a chance of a blowout on your trailer, which is a cause for the majority of trailer-related accidents.

Back in the day, a large V8 could put out a maximum of 200hp on a good day, fast to present times, a small turbocharged four-cylinder puts out around 300hp with room for upgrades too. A lot of diesel engines are already turbocharged, and they give out lots of torque and give great mileage, all that you would want in a large truck.

So as trucks adopt turbochargers furthermore, they are beginning to downsize too, with many manufacturers already ditching v8s for smaller 6 cylinders with turbos that can put out same the power if not more. 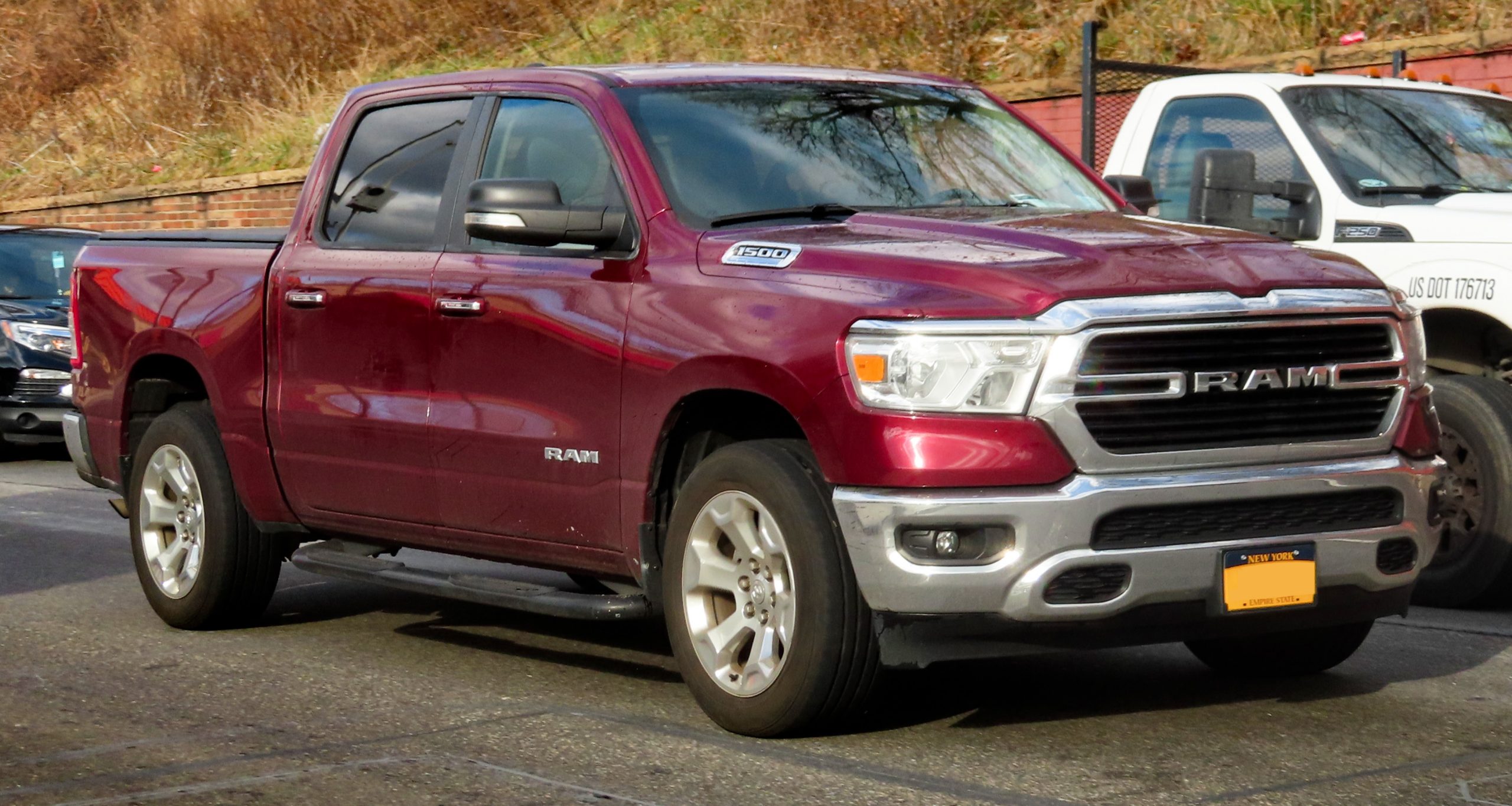 You might have seen and noticed that most new trucks and SUVs get very good mileage despite their humungous size and dimensions, sure you can give credit to the more efficient, turbocharged engines but that is only part of the equation.

Newer trucks come with better transmissions that have more gears and better-tuned gear ratios for the best fuel economy, better yet, they even adapt to your driving style over time and program the transmission for better power delivery or gas mileage, which is why you should look for a truck which has the newest transmission paired with the latest engine.

Many trucks have a lot more features than they used to offer in the past, but they come at a cost. As technology improves and manufacturing costs reduce, these options might become standard more sooner than you expect.