BMW vs Mercedes – Which Luxury Brand Offers More for Less?

When it comes to well-engineered cars, cars from a certain part of the world pop into the head of many people, German cars. Whether it be an economical compact car or a full-fledged luxury car with all the bells and whistles, the Germans know how to do it. The first mass-produced car to come from Germany was from Volkswagen, which was the Beetle.

Apart from Volkswagen, there were two other prominent German Manufacturers, namely BMW and Mercedes Benz. BMW or Bayerische Motoren Werke was founded in 1916 while Mercedes Benz or Daimler AG followed suit 10 years later in 1926.

Fast forward to the present times, the two conglomerates are always compared with each other, both the companies make very good quality cars, but the question is, who has more to offer for cheaper? To find out, we will compare the base MSRP of cars at each segment.

In this class, both manufacturers have very similar offerings, both car at base level offer turbocharged 4-cylinder engines, with performance variant available too, the BMW can be customized all the way to a 6-cylinder turbo engine, whereas the Mercedes can be had with a honking v8 too, but for this comparison, we will stick to the base variants as we are looking for the most value.

The BMW has also been redesigned for the 2020 Model year, which means you have a newer design and more amenities, sure the Mercedes has them too, but it is based on a platform from 2014 which is the W205 chassis. So, in this class, the BMW takes the lead as you are receiving a newer package, and if you want to, you can equip optional extras for cheaper than the Mercedes.

This segment is a tough one, as both cars are very strong contenders and put up a fight, but one of them has a major pitfall. The GLA has been fully redesigned for the 2021 model year, giving it the newest features Mercedes has to offer. Its latest MBUX infotainment system receives a lot of praise throughout Mercedes’ line-up, however, with that being said, the major drawback is that most of the safety features that are widely advertised for the 2021 model year are not standard.

What that means is that they are optional, and once you factor the price of those in the price of the car immediately begins to skyrocket, which is a shame as the car is very well built compared to its last generation, and the GLA suffers a lot from lack of cargo space, a place where the X1 shines.

The X1 was launched as a new car in 2019, upon launch it immediately garnered a lot of attention for being able to pack a punch, it came with a powerful engine and comfortable suspension to match, keep in mind you can flick the car into sport mode and it takes corners like a sports car, something that the GLA lacks, and at a lower price than the GLA, it offers more options standard than the Mercedes counterpart, which again brings us to this conclusion for the compact SUV segment, the BMW has simply more to offer than the Benz for a lower price. 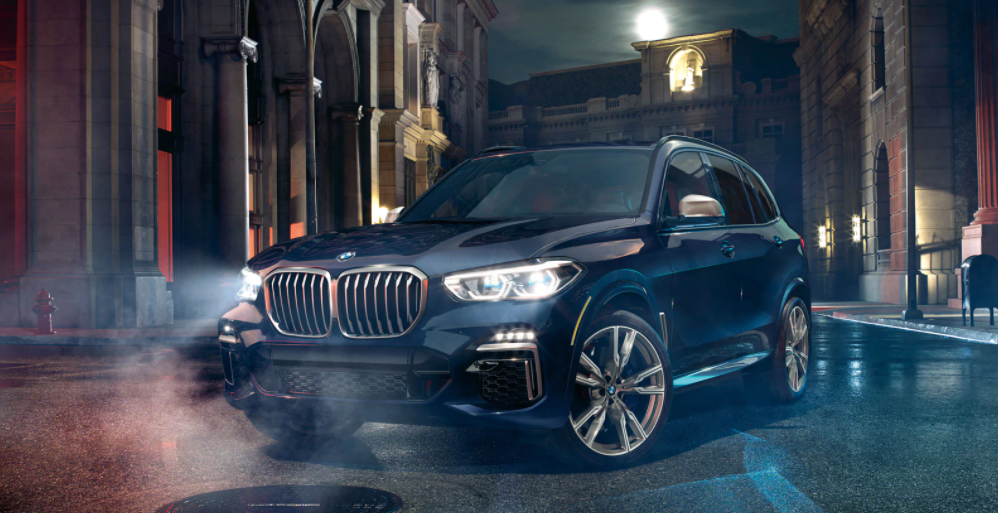 Mercedes might just redeem themselves in this segment, the GLE has been completely redesigned for the 2020 model year by Mercedes, although its direct competitor, the X5 has very similar features, the Mercedes Has the extra level of refinement that the X5 lacks in and the GLE sits a bit cheaper than the X5, such as the air ride suspension which makes the car an absolute dream to drive, the X5 has air suspension too, but its ride is rather sporty and people buying the non-performance variant might be disappointed with the lack of comfort.

Although the number of features in both of the cars is on par with each other, the GLE has more options such as safety ones, standard, which will entice buyers to lean towards the Mercedes.

Well, we are finally in the big boy leagues, the battle between these two behemoths of seven-seater SUVs is a very close one. The X7 was launched brand new in 2019 and is essentially an elongated X5, but more refined and lots more space for the 3rd-row passengers. Meanwhile, the GLS is a totally different platform and is in its 3rd generation.

Both cars are again, frighteningly similar in terms of specs and options, with even a lot more options standard in the X7, but in this case, the GLS wins by a hair. This is due to the fact that its infotainment system and controls all around the cabin are far easier to use, user-friendly, and intuitive, engine options are pretty similar too, with the latter being offered with either an inline-6 or V8 making similar horsepower numbers. So, it is pretty clear in this class, Mercedes takes the trophy home.

This comparison was a very close one, both manufacturers have very enticing offerings and regularly go head-to-head in every segment, there is no clear value king here, as every model has its takeaways, one being more value optimized than the other and vice versa, it all boils down to research, personal preference and brand loyalty.